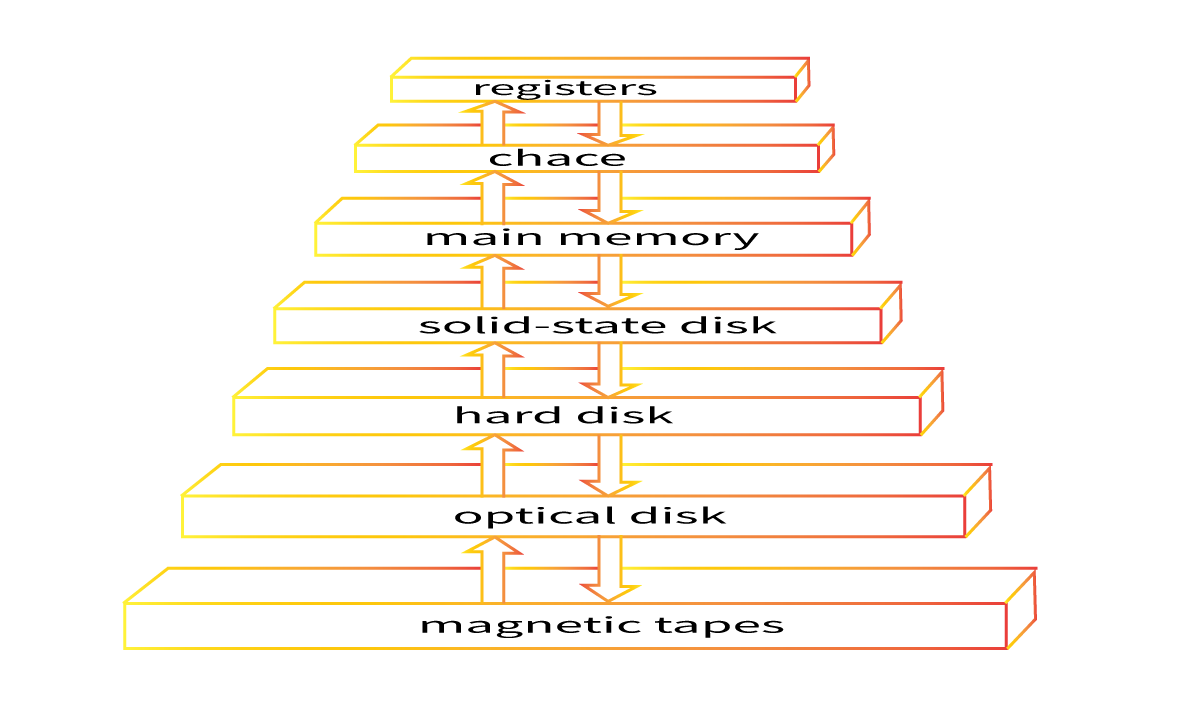 Components of an Operating System:

The computer system can be divided into four components: 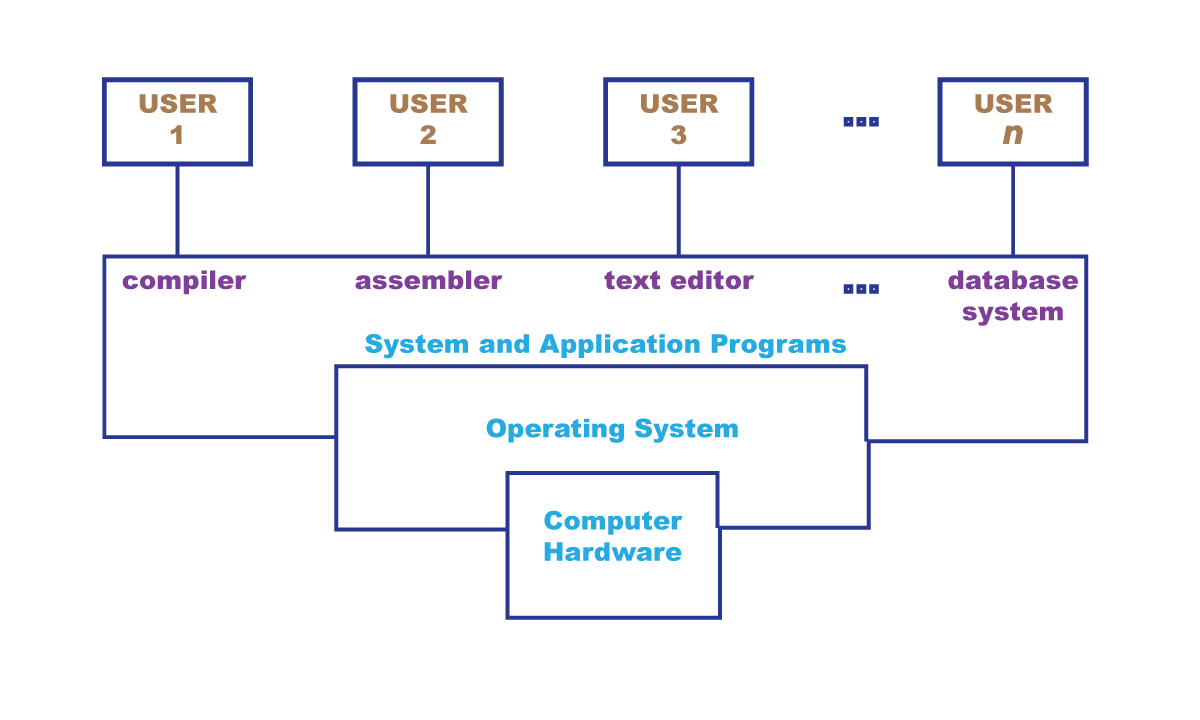 The CPU can load instructions only from memory, so any programs to run must be stored there. General-purpose computers run most of their programs rewriteable memory.

The wide variety of storage systems can be organized in a hierarchy (Figure: Storage-device hierarchy) according to speed and cost. The higher levels are expensive, but they are fast. As we move down the hierarchy, the cost per bit generally decreases, whereas the access time generally increases. In addition to differing in speed and cost, the various storage systems as easier volatile and nonvolatile.

Storage systems organized in the hierarchy –

Caching – copying information into a faster storage system. ex- main memory can be viewed as a cache for secondary storage.

Migration of data A from Disk to Register:

Figure: Migration of integer a form disk to register

Device Driver – for each driver controller to manage I/O – Provides the uniform interface between controller and kernel.

a. Interrupt Driven (hardware and software)

b. The dual-mode operation allows OS to protest itself and other system computers.

Transition from User to Kernel Mode:

Components of an Operating System:

1. Process Management: A program does nothing unless its instructions are executed by CPU. A program in execution, as mentioned, is a process. A time-shared user program such as a compiler is a process. A word processing program being run by an individual user on a PC is a process. A system task, such as sending output to a printer, can also be a process.

Process Management Activities: The operating system is responsible for the following activities in connection with process management:

2. File-System Management: File management is one of the most visible components of an operating system. The file usually organized into directories. Computers can store information on several different types of physical media. Magnetic disk, optical disk, and magnetic tape are the most common. Access control on most systems to determine who can access what OS activities include;

4. Main memory management: The main is central to the operation of a modern computer system. Main memory is a large array of bytes, ranging in size from hundreds of thousands to billions. Each byte has its own address main memory is a repository of quickly accessible data shared by the CPU and I/O devices.

Memory Management Activities: The operating system is responsible for the following activities in connection with memory management:

5. Mass-storage management: Most of the modern computer systems use disks as the principle on-line storage medium for both programs and data. Most programs – including compilers, assemblers, word-processors, editors, and formatters – are stored on a disk until loaded into memory. 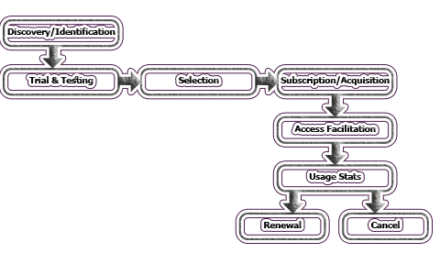 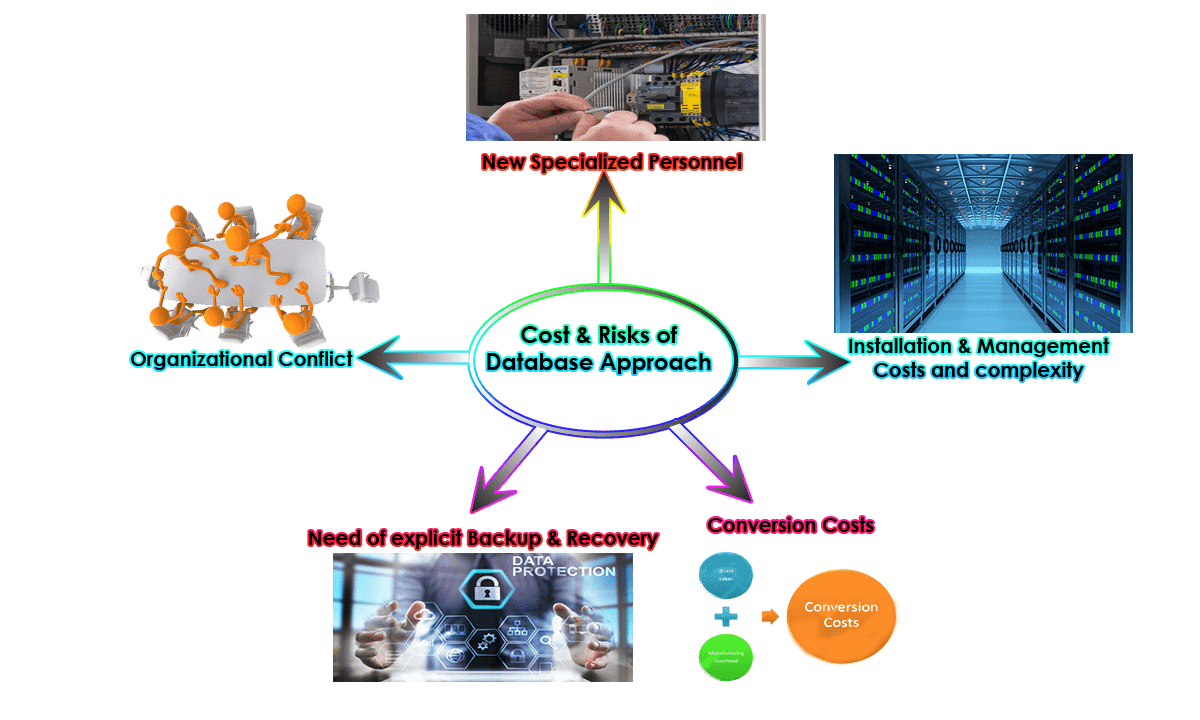 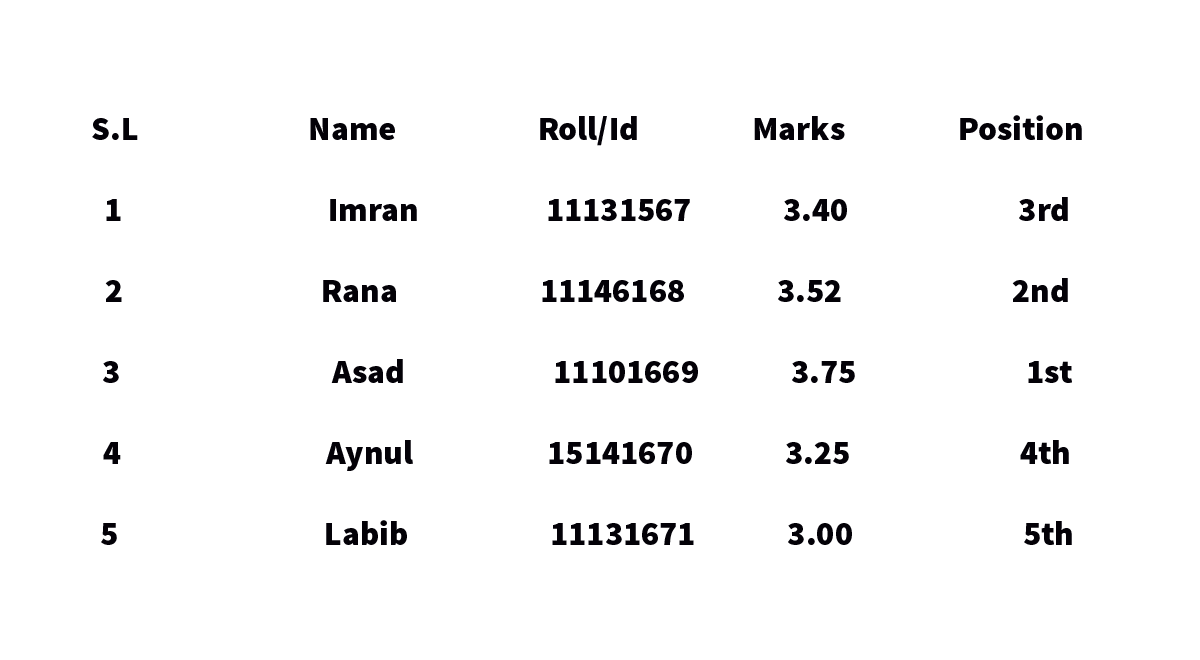 Parts of a Database 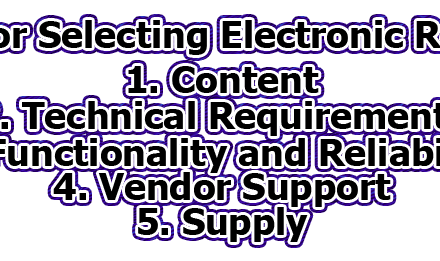