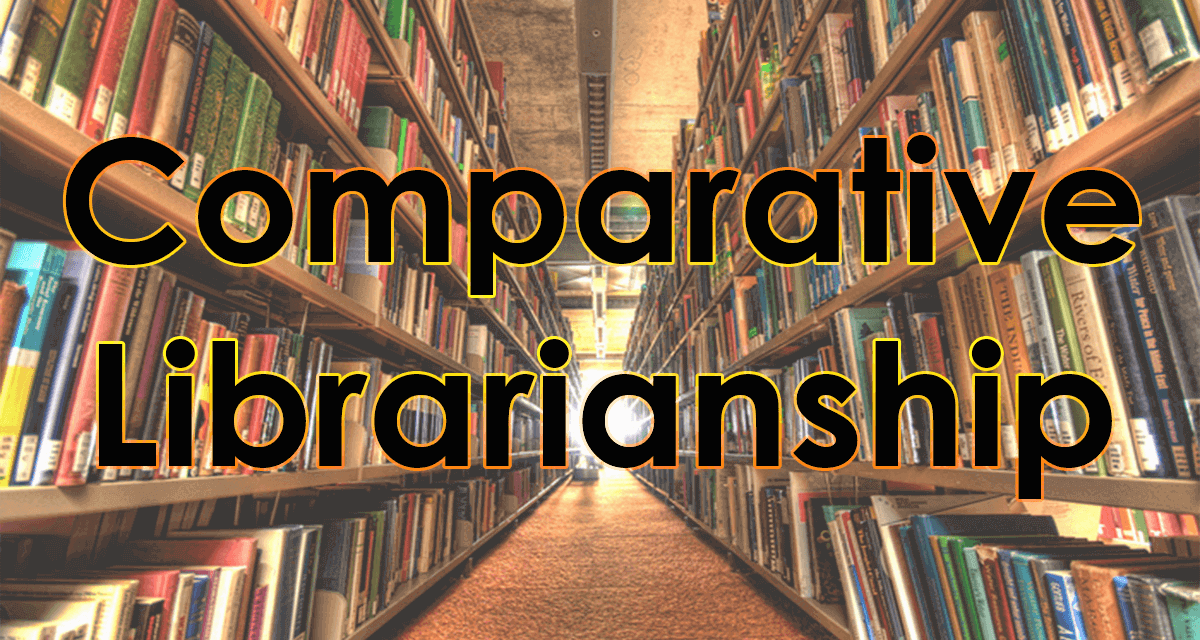 The most popular term “Comparative Librarianship” (CL) was first used in 1954, when Chase Dane published two articles based on his experience of a study group at the GLS (Graduate Library school) of the University of Chicago. Title of the two articles are―

In the next 10 years, the term didn’t appear in the title of any publication, until the W.W.Bishop’s memorial lecture given by D.J.Foskett at the University of Michigan in 1964. A summary of the lecture can be found in two publications which are given below―

In the same year, Carl.M.White published a chapter on “Comparative Study of Library System” on the basis of Modern Librarianship [Pergumum press, 1964] edited by Carl.M.White.

After that CL becomes popular with other authors. Nowadays it is an important topic of librarianship.

According to Dorothy G.Colloing, there are three types of CL, viz:
a) Area studies
b) Cross-national or cross-cultural studies and
c) Case studies

Their descriptions are furnished below:
a) Area studies: These types of studies provide a descriptive survey and critical analysis of library development in a given country or region in the context of relevant determinant background factors.

b) Cross-National or Cross-cultural studies:
These are of―

These are trying to―

c) Case Studies: Such studies provide analysis in depth of a type of library or key factor in library development, such as library education in a publication country. These are the intensive study of a particular library problem or development in one country also form an important category of literature in the field of Comparative Librarianship.

Cross-Cultural:
Dealing with or comparing two or more countries.

Cross-National:
Relation to or involving two or more countries.

It works to fulfill the following goals― 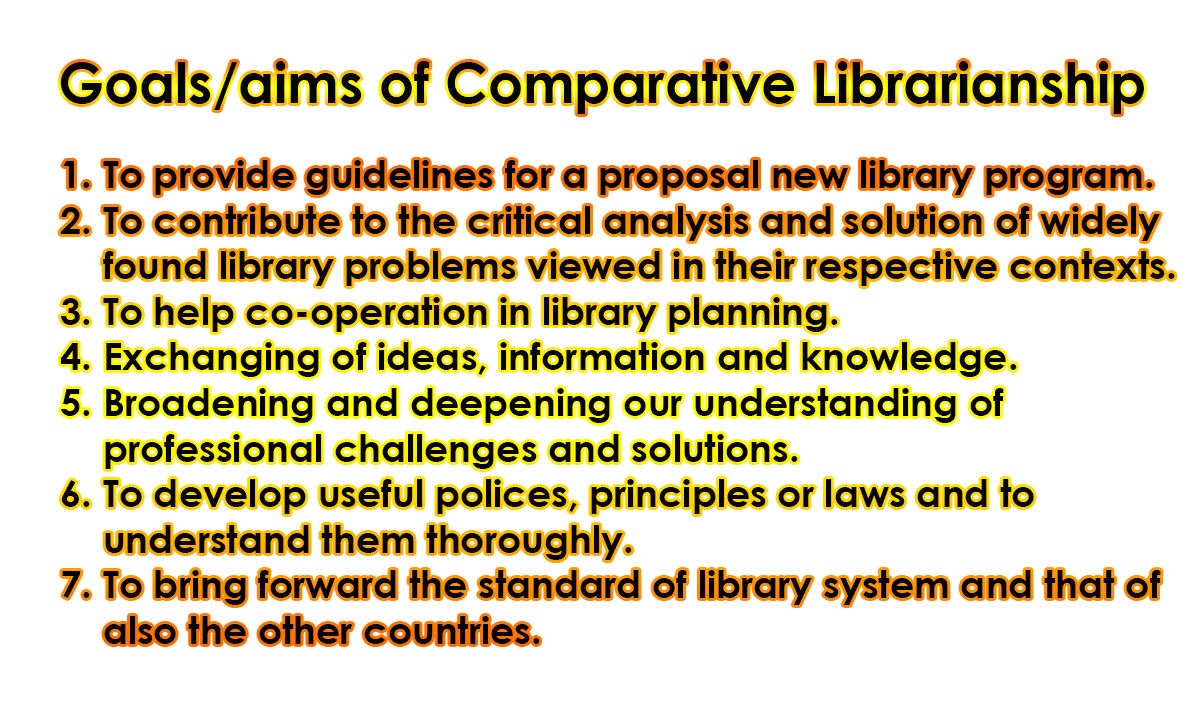 There are many benefits of CL.
The most common are given below the following figure;

Though comparative and international librarianship works as the same purposes but these have some differences which are being;

From the above discussion, we can include that the comparative librarianship’s concept is old but systematic studies in this field are of the resent part. Interest in this field has been increasing since the sixties. It started finding a place in the library school curriculum from the early seventies. Library association and international organizations have given support for such studies. Library journal specializing in this area started appearing. An increase in the number of international organizations increased in the interest in comparative librarianship. Such studies aim at bringing both qualitative and quantitative changes in library operations and studies. 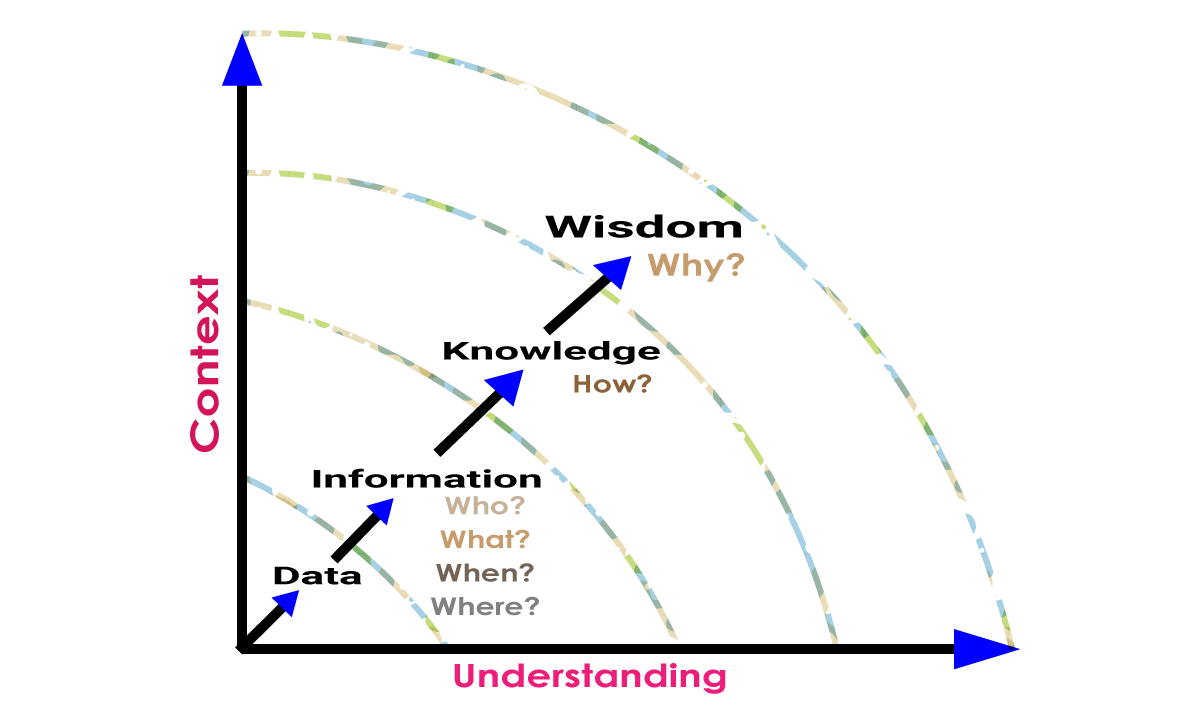 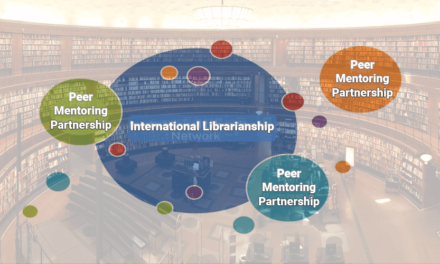 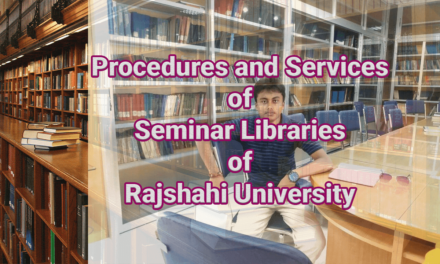 Procedures and Services of Seminar Libraries of Rajshahi University 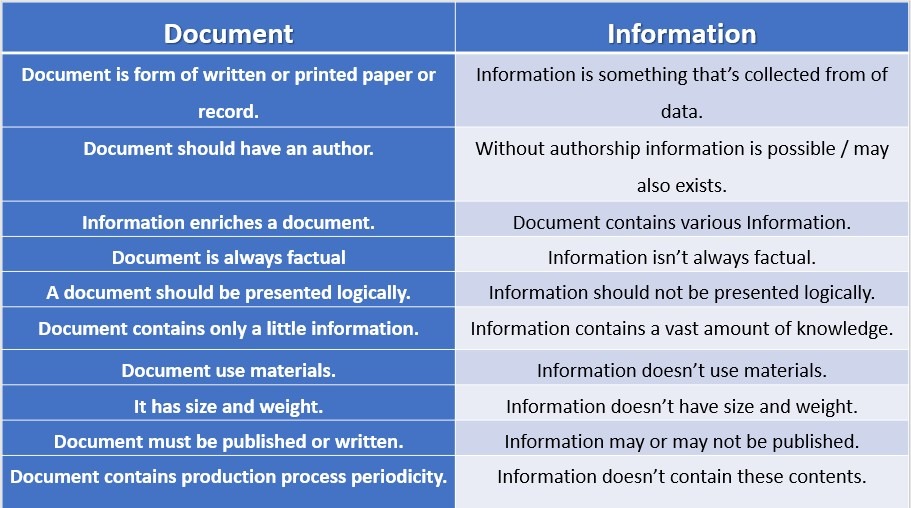 Document | Characteristics of Document | Difference between Document and Information