The method of data collection to be used for the study, the researcher should keep in mind two types of data viz., primary and secondary. The primary data are those which are collected afresh and for the first time, and thus happen to be original in character. The secondary data, on the other hand, are those which have already been collected by someone else and which have already been passed through the statistical process. The researcher would have to decide which sort of data he would be using (thus collecting) for his study and accordingly he will have to select one or the other method of data collection. The methods of collecting primary and secondary data differ since primary data are to be originally collected, while in the case of secondary data the nature of data collection work is merely that of compilation. We describe the different methods of data collection, with the pros and cons of each method. 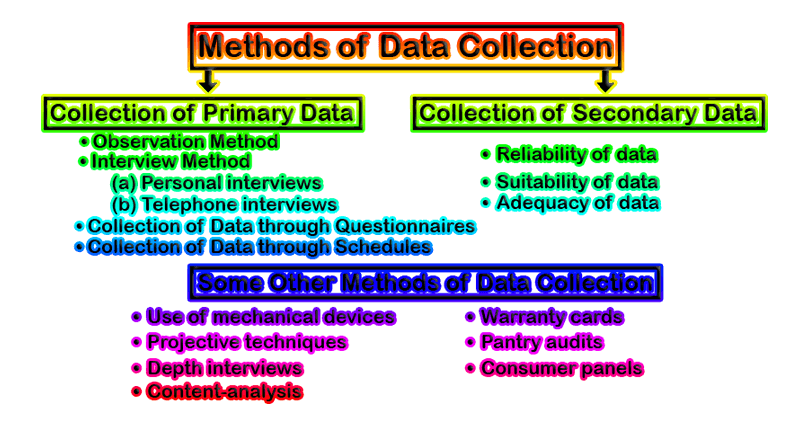 We collect primary data during the course of doing experiments in experimental research but in case we do research of the descriptive type and perform surveys, whether sample surveys or census surveys, then we can obtain primary data either through observation or through direct communication with respondents in one form or another or through personal interviews. There are several methods of collecting primary data, particularly in surveys and descriptive researches which are briefly described below;

The main advantage of this method is that subjective bias is eliminated if the observation is done accurately. Secondly, the information obtained under this method relates to what is currently happening; it is not complicated by either the past behavior or future intentions or attitudes. Thirdly, this method is independent of respondents’ willingness to respond and as such is relatively less demanding of active cooperation on the part of respondents as happens to be the case in the interview or the questionnaire method. This method is particularly suitable in studies that deal with subjects (i.e., respondents) who are not capable of giving verbal reports of their feelings for one reason or the other. However, the observation method has various limitations. Firstly, it is an expensive method. Secondly, the information provided by this method is very limited. Thirdly, sometimes unforeseen factors may interfere with the observational task. At times, the fact that some people are rarely accessible to direct observation creates obstacles for this method to collect data effectively.

While using this method, the researcher should keep in mind things like What should be observed? How the observations should be recorded? Or how the accuracy of observation can be ensured?

But there are also certain weaknesses of the interview method. Among the important weaknesses, mention may be made of the following:

(b) Telephone interviews: This method of collecting information consists in contacting respondents on the telephone itself. It is not a very widely used method, but plays an important part in industrial surveys, particularly in developed regions. The chief merits of such a system are:

But this system of collecting information is not free from demerits. Some of these may be highlighted.

The method of collecting data by mailing the questionnaires to respondents is most extensively employed in various economic and business surveys. The merits claimed on behalf of this method are as follows:

The main demerits of this system can also be listed here:

Some Other Methods of Data Collection

Let us consider some other methods of data collection, particularly used by big business houses in modern times.

A review of research in any area, for instance, involves the analysis of the contents of research articles that have been published. The analysis may be at a relatively simple level or maybe a subtle one. It is at a simple level when we pursue it on the basis of certain characteristics of the document or verbal materials that can be identified and counted.

Secondary data means data that are already available i.e., they refer to the data which have already been collected and analyzed by someone else. When the researcher utilizes secondary data, then he has to look into various sources from where he can obtain them. In this case, he is certainly not confronted with the problems that are usually associated with the collection of original data. Secondary data may either be published data or unpublished data. Usually published data are available in (a) various publications of the central, state are local governments; (b) various publications of foreign governments or of international bodies and their subsidiary organizations; (c) technical and trade journals; (d) books, magazines and newspapers; (e) reports and publications of various associations connected with business and industry, banks, stock exchanges, etc.; (f) reports prepared by research scholars, universities, economists, etc. in different fields; and (g) public records and statistics, historical documents, and other sources of published information. The sources of unpublished data are many; they may be found in diaries, letters, unpublished biographies, and autobiographies and also may be available with scholars and research workers, trade associations, labor bureaus, and other public/ private individuals and organizations.

(a) Who collected the data?

(b) What were the sources of data?

(c) Were they collected by using proper methods?

(d) At what time were they collected?

(e) Was there any bias of the compiler?

(t) What level of accuracy was desired? Was it achieved?

Thus, there are various methods of data collection. As such the researcher must judiciously select the method/methods for his own study, keeping in view the following factors:

Finally, we can say that the most desirable approach with regard to the selection of the method depends on the nature of the particular problem and on the time and resources (money and personnel) available along with the desired degree of accuracy. But, over and above all this, much depends upon the ability and experience of the researcher. 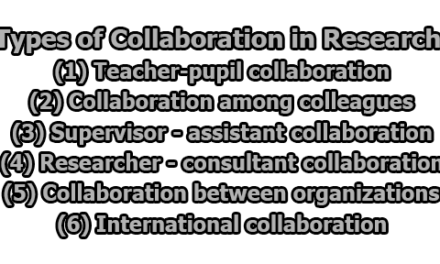 Types of Collaboration in Research 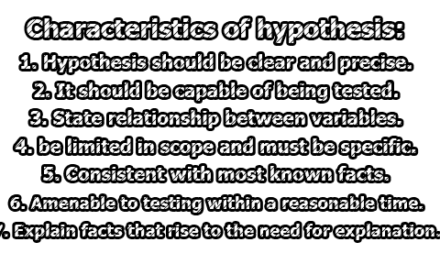 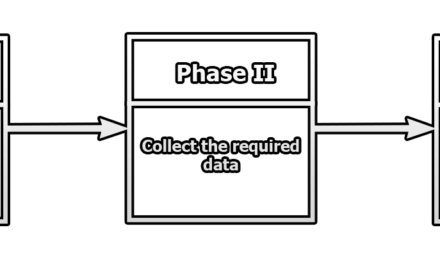