A union catalogue is a combined catalogue of holdings of books or periodicals or both mentioning location, edition, number of copies by accession numbers, volumes, etc. of a number of homogeneous or heterogeneous participating libraries covering library materials in all fields or limited by subject or form of material arranged by subject or author or in chronological order maintained by a national library, large reference library or a national bibliographical centre. In the rest of the articles, we are going to present here definitions, functions, factors and principles for planning and organizing union catalogue.

“A union catalogue is a combined library catalogue, the collections of a number of libraries” (Wikipedia)

Some important functions are as follows:

Factors and principles for planning and organizing union catalogue:

According to Robert B. Downs the following factors and questions are to be considered while planning and organizing the union catalogue:

In reply to the above questions and in general, however, we have to consider other factors too, viz: 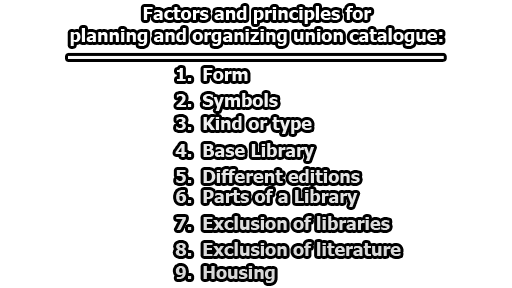 Figure: Factors and principles for planning and organizing union catalogue

It is apparent that union catalogues are useful to libraries, as they assist in locating and requesting materials from other libraries through interlibrary loan services. They also allow researchers to search through collections to which they would not otherwise have access such as manuscript collections. 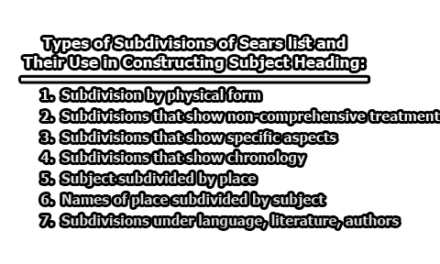 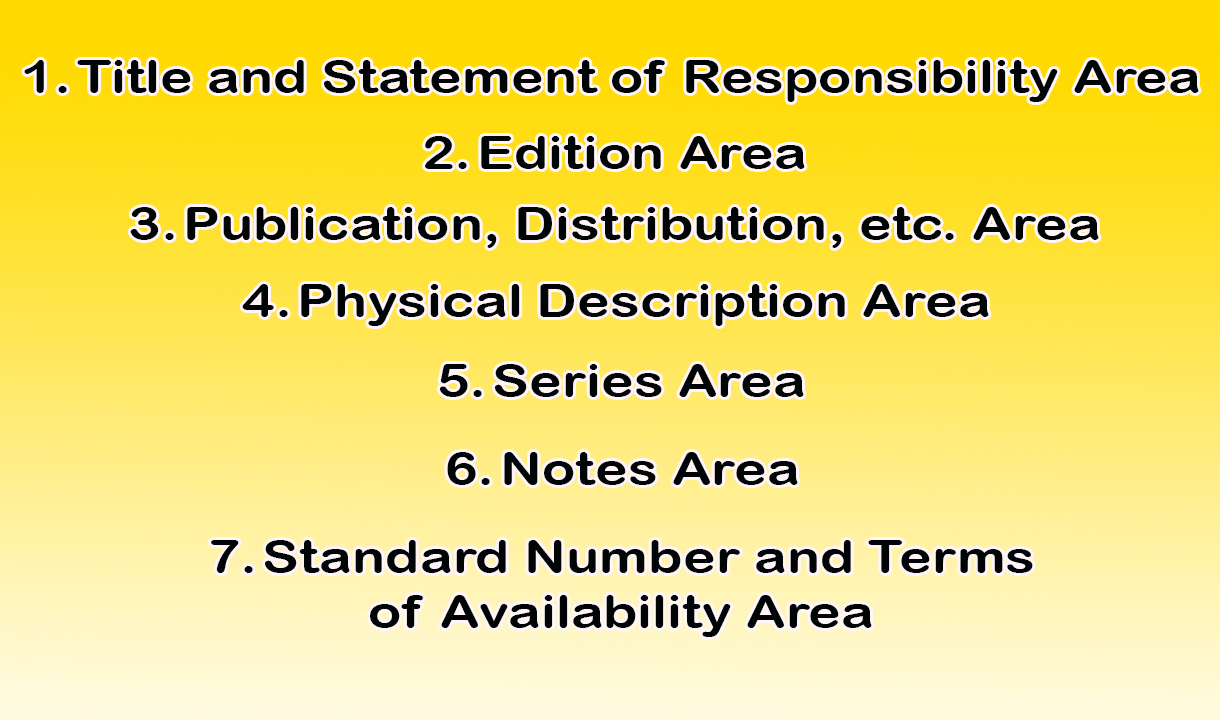 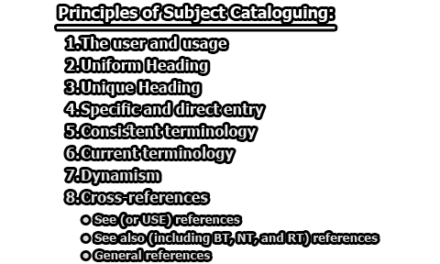 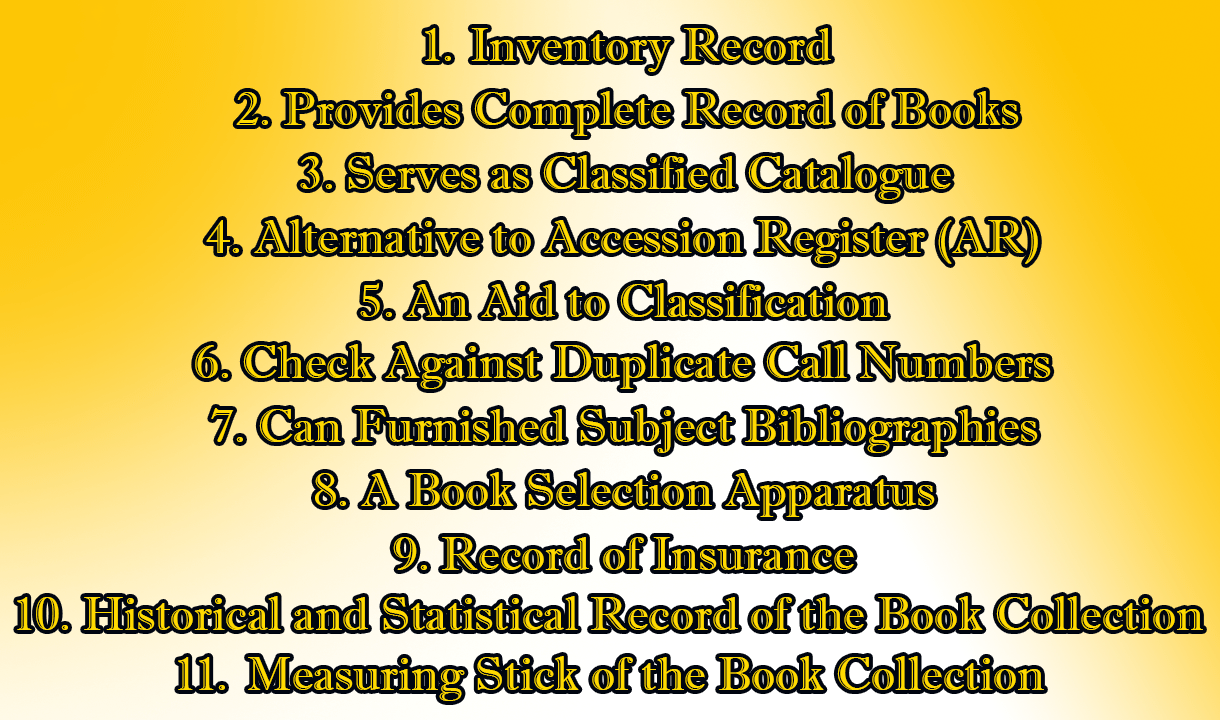